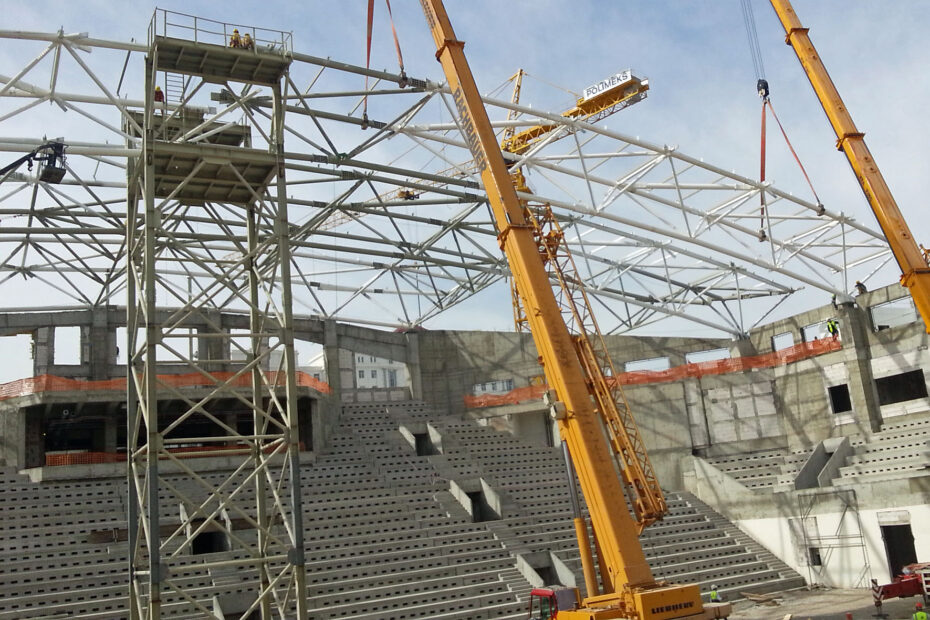 With the “Small Arena” in Turkmenistan’s capital city Ashgabat Zeman realizes a first major project in Tukmenistan. The olympic complex was developed for the Asian Indoor & Martial Arts Games, which will take place in Turkmenistan in 2017. The truss structure of Zeman Turkey with an enormous wingspan of 65 m covers 5,000 seats in the new olympic complex “small arena”.