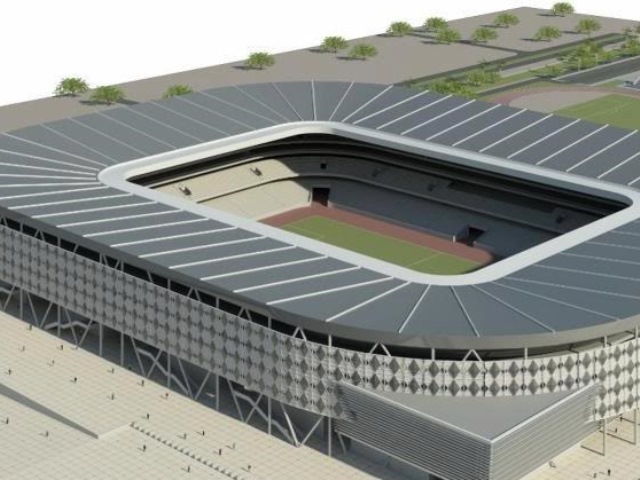 The new Al Sadr-City Stadium in Baghdad will be completed in August 2014. On behalf of the Iraqi company Nurol Construction and Trade Inc, Zeman Celik has been constructing one of the most up-to-date football stadiums in the region since the end of 2013.

With a capacity of 30,000 seats, it is the biggest stadium in the metropolis of Baghdad. A total of 2,045 tonnes of steel will have been used in its construction by the time it opens: 1,700 tonnes of steel on the main roof structure, 75 tonnes on the facade, 205 tonnes on the stairwells, and 65 tonnes on a catwalk construction. The structure of the main roof consists of trussed girders, 45m long and 8.5m high, laid at intervals of 16m. They have a projection of approx. 28m and are supported at the ends by clamping columns.