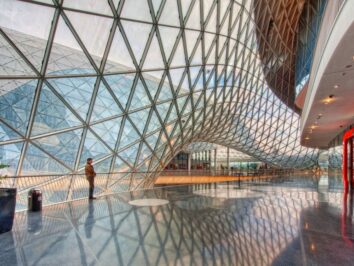 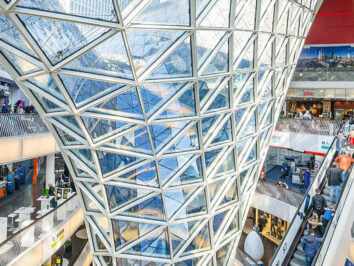 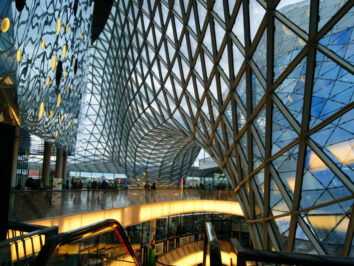 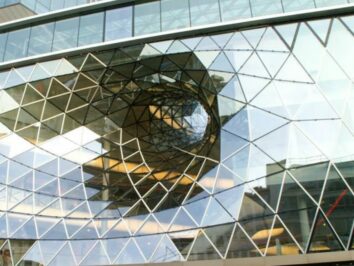 The Palais Quartier development in the City of Frankfurt combines restored historical buildings and modern complexes into a huge area for shopping, entertainment and leisure facilities as well as offices and hotels. Waagner Biro designed and built the roof and facade structure of the main building which contains a shopping ... mall and a concert hall. The complex geometry diagrid roof is created with a triangular steel lattice and infill panels made of glass and metal panels. The rhombus structured façade part of the building includes a trumpet formed building part which creates a seamless transition from the façade to the roof. The facade is conceived as a river that has different depths reaching into the core of the earth. The structure is inspired by the historical context of the sites’ surroundings. The fluid shape comes from the connection of the Zeil, the shopping boulevard in the heart of Frankfurt, and the Thurn and Taxis palace. The two facades on opposite ends of the building are designed to evoke the two distinct senses of the city. The modern city on the facade running along the Zeil expresses leisure, entertainment and relaxation whilst the historic-facing facade maintains a more measured, formal appearance.