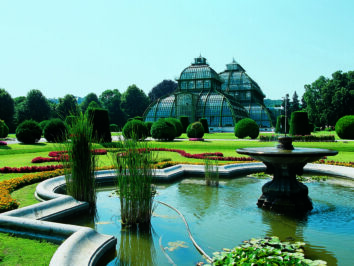 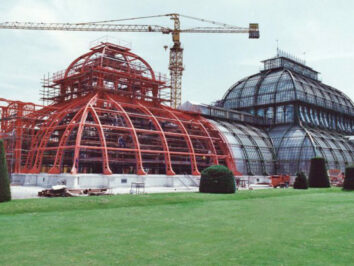 Already in the 19th century one of the predecessors of Waagner Biro (Ig. Gridl) erected one of his most exciting steel-glass buildings: the Palmenhaus, one of the highlights of Schloss Schِnbrunn in Vienna. Damages caused by environmental influences required a renovation of the ancient steel glass building. Waagner-Biro again was ... ordered to fulfil this demanding assignment. From 1986 until 1990 the complete steel structure and the scale-like glazing had to be reconstructed. Old riveting technique and modern technologies had been combined to solve the existing problems and to perform the building following the ancient ideas and performance targets. The “New Palm house” was opened in 1990.