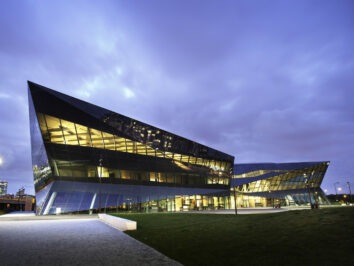 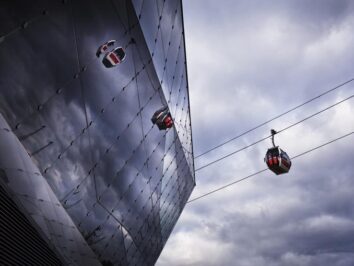 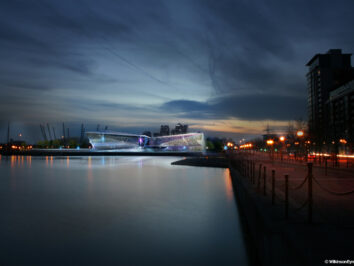 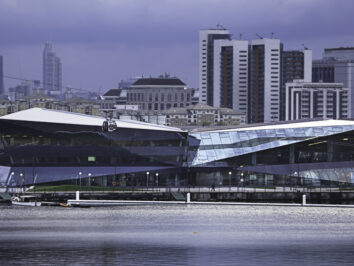 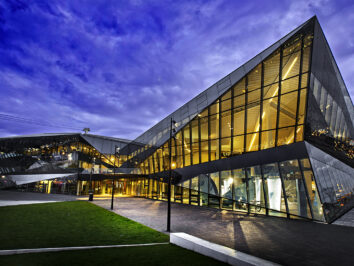 Tailored solutions, adapted precisely to the customer’s wishes, are among the specialities of the Austrian steel construction company Waagner-Biro. After a construction period of one-and-a-half years, “The Crystal” was completed as an architectural highlight in the British capital, one of the greenest buildings in the world. The conference centre was ... developed by the renowned British architects Wilkinson Eyre, with whom Waagner Biro had already cooperated successfully on the Kings Waterfront project in Liverpool. The building contains an auditorium and – covering 2,000m2, thus making it the largest in the world – an exhibition on the topics of sustainable urban development and the urban infrastructure of the future. The centre for sustainable urban development is run by Siemens. The property is a prime example of energy efficiency. It uses 50 percent less energy and therefore emits 65 percent less carbon dioxide than comparable buildings. This makes “The Crystal” one of the world’s greenest buildings. Following the completion of the new headquarters of the Cooperative Group, which is currently amongst the greenest buildings in the UK, Waagner-Biro has once again made a crucial contribution to a sustainable showcase project. The scope of services provided by Waagner-Biro’s steel construction division comprises the façade, which is divided into many splitter-type individual surfaces including a steel substructure – in all, a total of around 3,365m². In order to highlight the crystalline and mirroring nature, the outer layer was mounted as flatly as possible with wet-jointed panes and panels. The Crystal is one of three construction projects of Waagner Biro Steel Construction with a connection to the Olympic Games in London: the Austrian steel construction company was also involved in the nearby Stratford Shopping Centre, which served as the entrance to the Olympic Grounds; it built the Olympic Central Park Bridge and realised the Siemens Crystal. These properties are among the excellent local references developed by Waagner Biro, such as the British Museum Great Court and the 30 St Mary Axe (Gherkin) Crown.